We're the pirates, who don't do anything! 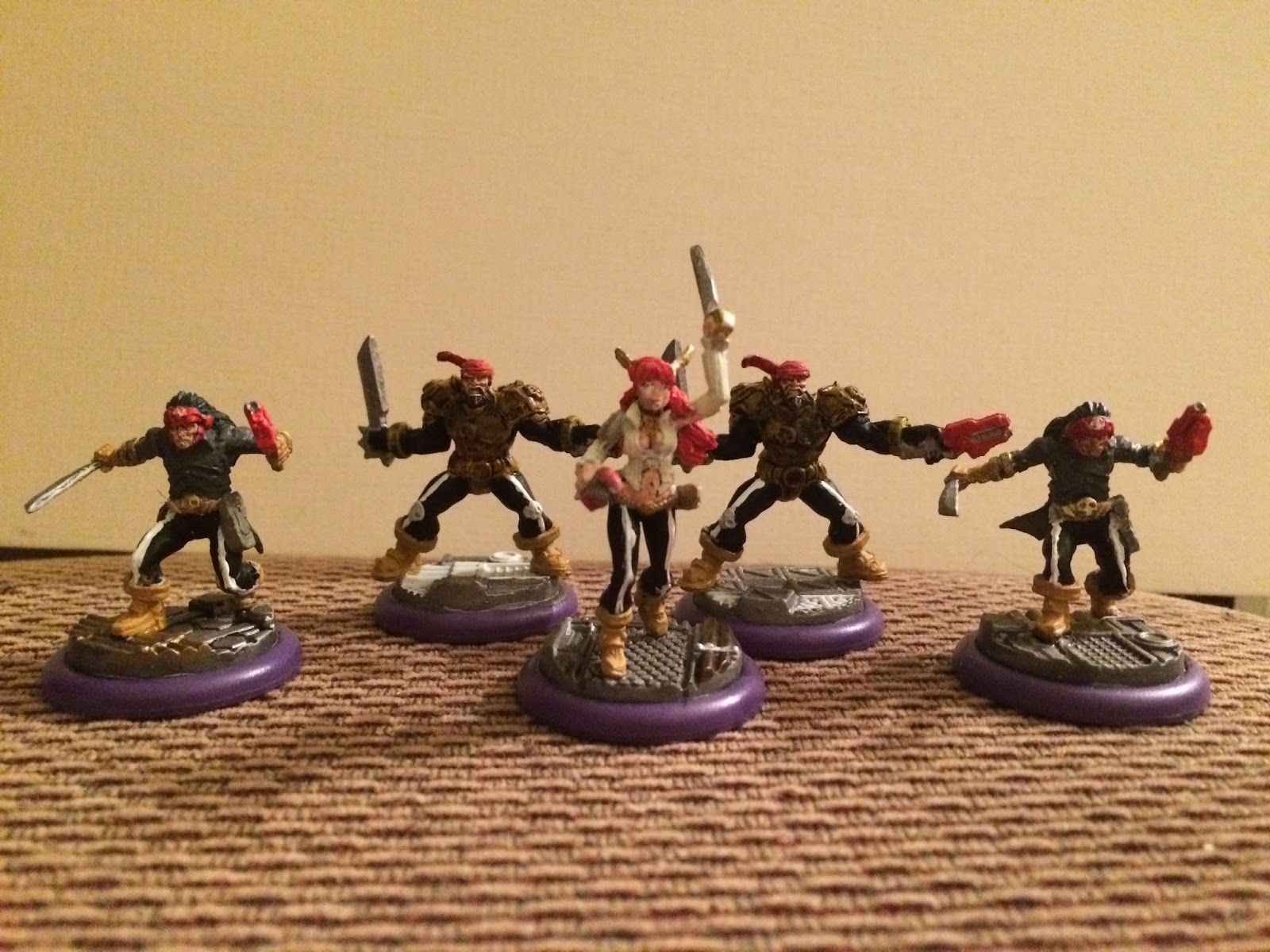 And here's your starting lineup for the Star Nebula Corsairs! Here we have your standard full squad of corsairs. These guys are great for the points cost as they can dish out stupid amounts of damage for very little esper, and they have decent ability to armor up under an attack, however like all squads are fodder to that which is bane of all squads, forced movement off cliffs and walls. Still I tend to have them in all my army lists, especially those with Gabe in them. 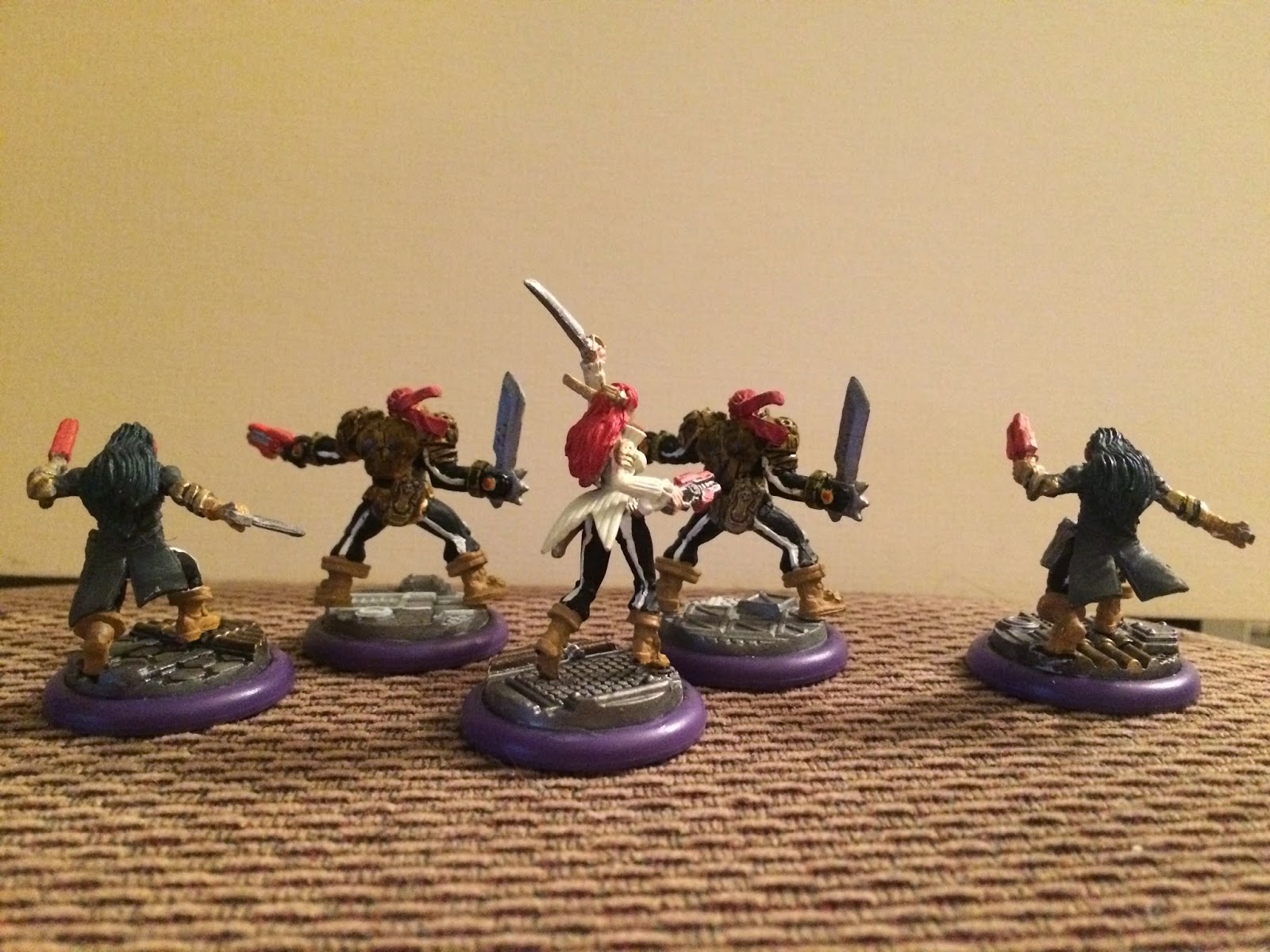 For painting I did try a couple of new things, specifically I was trying to get the armor on the bandana'd corsairs to have a semi-NMM look to it rather than just going outright gold as well... they're space pirates and gold armor  just doesn't make a lot of sense. So what I ended up doing was applying a yellow/tan coat followed by washing it with brown ink and black ink. This game me on one the look I think I was shooting for, and on the other a more tarnished and stained look to his armor, which while it wasn't what I was shooting for originally, still turned out pretty nice.

Tomorrow we'll take a look at the other squad option for the corsairs, the blowhards, then move into the uniques for the army. We'll also see if I can schedule posts as I'll be out of town in the UK for most of next week but want to keep up with these posts until we reach current at the very least. Till then, keep the paint flowing!
Posted by Kinetic Medic at 8:55 PM

Friends of the Cheese