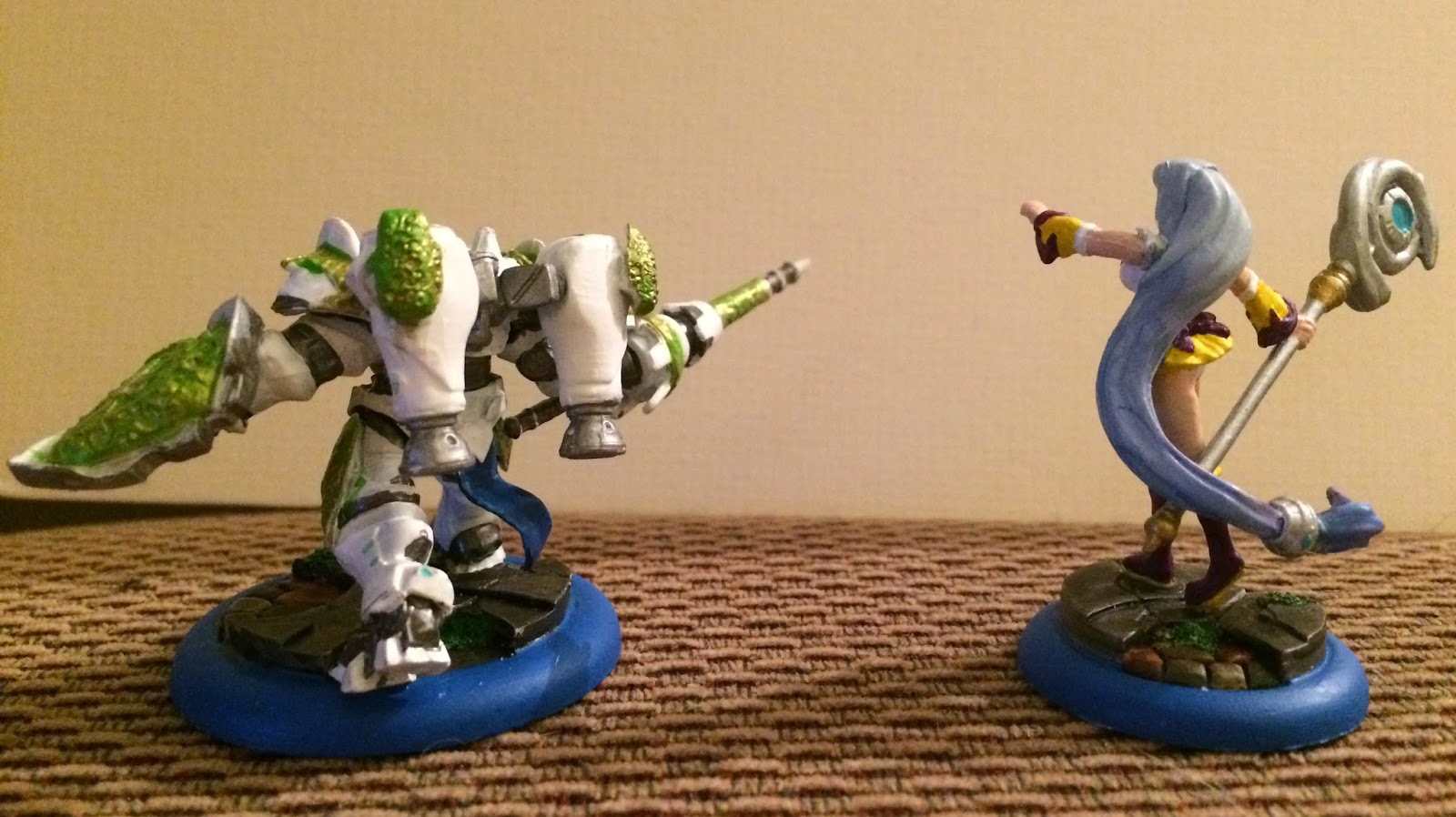 Here we have the last two of my painted Shattered Swords. The indomitable Naverre Hauer and the walking mortar cannon that is Darkspace Fiametta.

Naverre is a brute but mobile too, those thrusters on his back can be put to good use. Paint wise his armor is done up in morrow white and the gold/green potions were done similarly to that which was done on Sebastian, by doing the green undertone then dry brushing the gold over it. His face was done in ryn flesh with a flesh wash applied to it then a little more ryn flesh to bring back out the highlights. I'm actually rather happy with his face details as the wash really pulled them out. other bits of his armor are detailed in shining silver and fortress grey. Finally there are points on his armor that need a detail touch so I gave Nihilakh Oxide a try and it turned out great.

Darkspace Fiametta was a far less detail oriented job to paint. Her fleshtone was again ryn flesh, my go to flesh coloring. her hair was started as underbelly blue then blended and shaded down to the tip trying to match her card. The majority of her skirts and sleeves was done in a bright yellow that needed a few coats to take than the then the purple/maroon bits were done next. Her staff was done with more shining silver and arcane blue in the center.

Of course both models are based on Alien Temple bases from Secret Weapons Miniatures.

And that my friends finishes off the painted Shatter Swords I have so far. There is one more model from their army I have yet to paint since I just got her, Jeanne Romee, but she'll have to wait a bit till I get an airbrush or base coat my next set of models. Instead we're going to move on to the Star Nebula Corsairs next, YAAAARRRRRR!!!!!
Posted by Kinetic Medic at 4:50 PM

Friends of the Cheese